I needed to mill aluminium for my esk8 project. I have an old router handy, so began looking into the possibility of cutting aluminium with it. Online forums would have you believe this is not possible, but a brief search on youtube showed that it actually is. However they were short on detail. Having never used a router before (Even on wood) i set about having a go on wood first

The router i have is among the cheapest you can buy. After reading the manual and watching a few videos i came to the conclusion the only real thing it was missing way a micro depth adjuster.

Aluminium grades. As luck would have it i had the perfect size bit of aluminum plate lying around, however it had 1050 written on it, a bit of googling indicated this is the wrong alloy for routing, its far too soft and likely to gum up. I ordered some 6061, its common, cheap and much better suited to routing.

The router bit. These can get expensive, the best are solid carbide, at £15+ each! Having never used a router it seemed a silly idea to go to all that expense, only to then break it. So high speed steel or carbide tipped seemed the obvious way to go. I settled on a 5mm straight plunge single flute design, mainly because the were very cheap and easily available at tool station for around £2-3 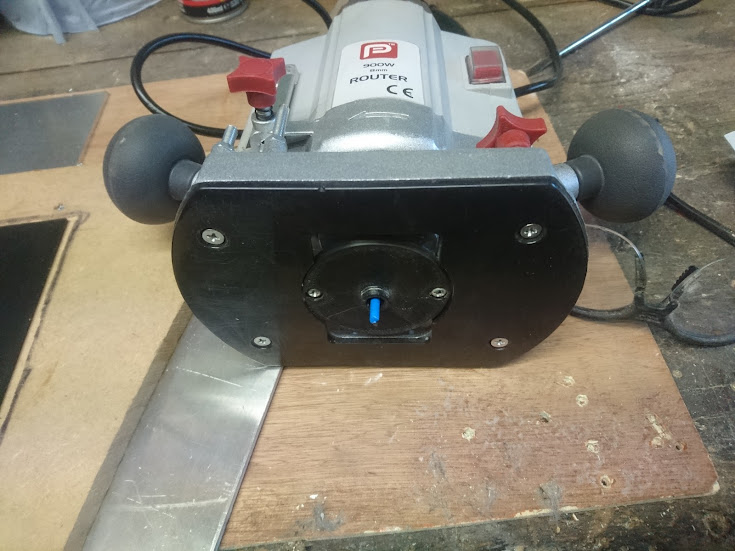 Bush
Routers often come with a bush which is the part that makes contact with the template, mine however didn’t. So I just 3d printed one of these too.

Templates. Im lucky enough to have a 3D printer, so templates are relatively easy to make. Use a series on templates you swap in and out rather than trying to fit all the geometry on a single template. Templates are recessed into a square cut into the mdf with the router. Id make the template larger than the ones i did here, so the router stays entirely on the template to prevent it crossing over onto the wood.

Jig. I needed some kind of method to hold the template, sacrificial wood and aluminium all at the same time. A long term solution could be made at a later date, all i needed here was a proof of concept, so just used screws 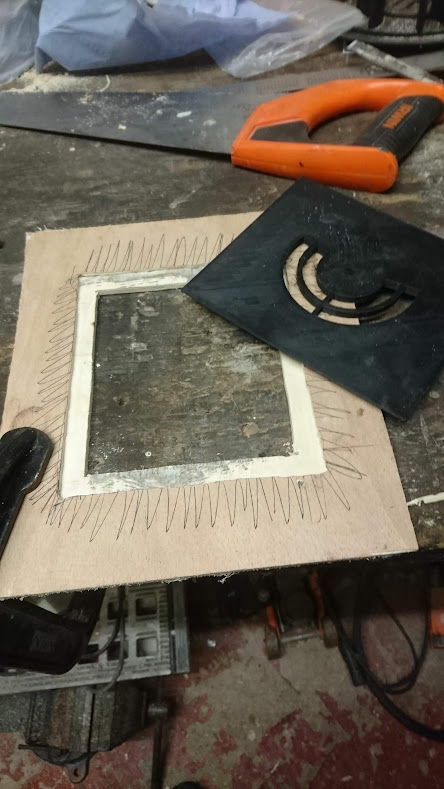 Picking a cut depth. I found next to no information on the depth of cut possible wen and routing, a found a single mention on 1/32nd of an inch which is 0.82mm. So i settled on 0.75mm. I no micro depth adjustment, so a feeler gauge will had to suffice. Go slow to avoided over heating the bit ( like i did) or it will bend, and damage your 3d printed bush. 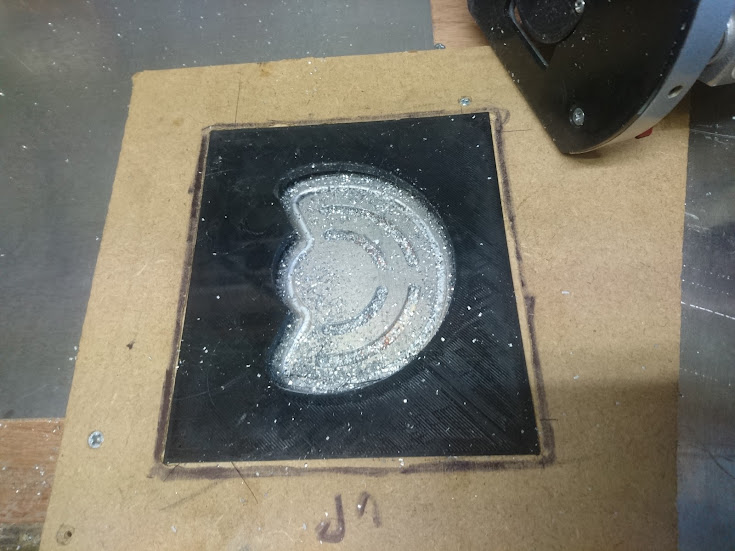 The finished piece. Not perfect, but this was my first attempt. I leartn a few things along the way. Make wider templates to support router properly. Print deeper templates, so they make contact with the aluminium sheet, dont go too fast (Bent one bit!) 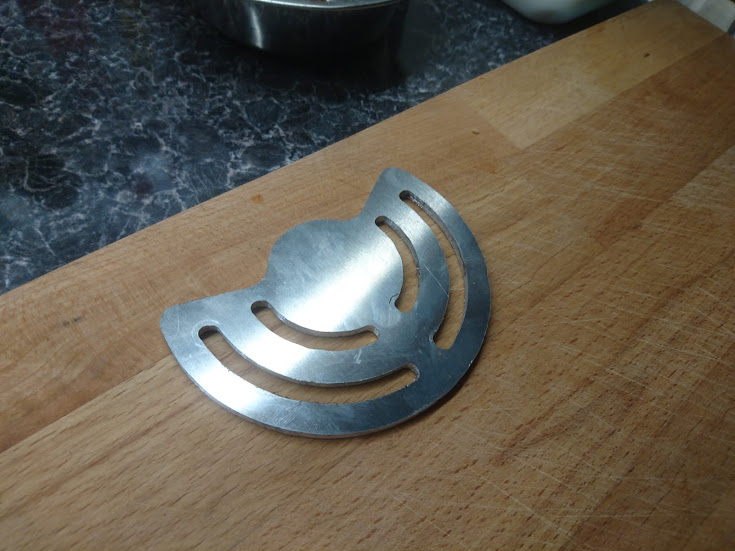