Every few months after applying fresh thermal compound my laptop’s temperatures would increase. A strip down would reveal the paste pumps out from between the die and heat spreader. I tried various amounts of compound but the outcome was always the same. I read people recommending IC diamond because of its high viscosity, and indeed it texture was like putty which seemed promising, however, it also pumped right back out within a matter of weeks.

I decided no liquid paste was every going to sit still. I then came across IC graphite pads. I was initially skeptical, but research suggested it should work. My laptop is an n55sf with an old sandy bridge 2670qm and gt555m GPU.

Temperatures before hand idled in the 60s and under a mere 20% load would rocket into the 90s, causing the cpu thermal throttle greatly. 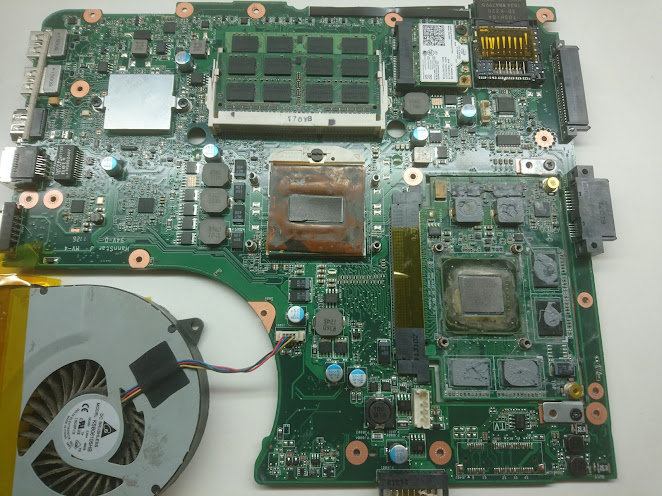 After cleaning and applying the pads my temps at idle are 47-50c at idle, and i can hit the full 45w cpu power limit and temperature are kept in the high 80s (It is a old laptop after all) it can hold 2.8ghz across all cores for a few minutes dropping to 2.6ghz sustained.

Yes, i originally applied multiple layers because i assumed my high temps were due to inadequate die to spreader tolerances. What i had actually done was block the fan duct with tape the first time round. Being too lazy to go back in i left it to see what it would do. Here is a comparison of a single layer vs dual layer application. The methodology used was as follows.
let the laptop idle for 5 mins to bring it up to normal operating temperature. Open up real temp, reset the min max, Watch the same 4k video on YouTube for 5 minutes, followed by a warm down period of 2 minutes. Here are the results. This is a roughly a 55-60% load across all cores. 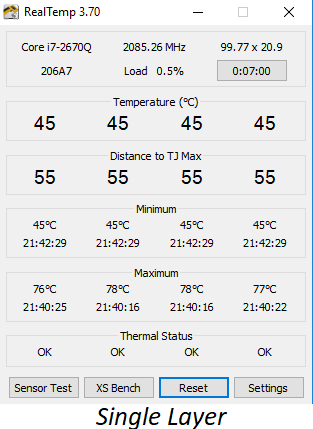 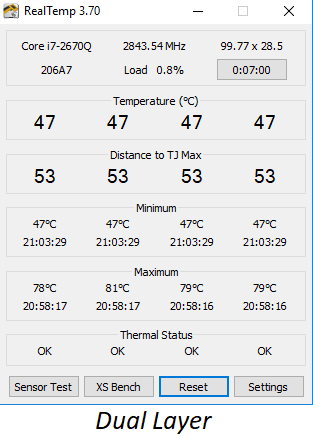 Graphite thermal pads were a great solution to solve my thermal pump out issues.

Secondly, a single layer is more beneficial that a dual layer, but not by much. So if one layer isn’t working for you, you may want to try two.

All in all i would fully recommend a graphite pad if you cannot keep your paste from pumping out.