Until now ive been using a generic off the shelf battery meter. Which for the Samsung 30Q is highly inaccurate. It reads 17% when the actual level is 30%, it then becomes increasingly inaccurate.

The Vesc has lots of data waiting to be read via serial including the battery input voltage. Many apps take advantage of this but there is no substitute for an on board gauge, plus i could add other useful features such as low battery a warning alarm, speedometer, odometer, range readout etc etc.

The obvious answer was a pi zero or arduino nano with some kind of LCD panel. So i bought cheapest nano and LCD i could find to make a working prototype, with the intent of increasing is functionality once I am happy with the code.

Hooking the arduino up to the LCD was easy enough, make sure you add resistors to improve quality they reduce the voltage fr the LCD the screen looks ans d performs much better at 3.3v. 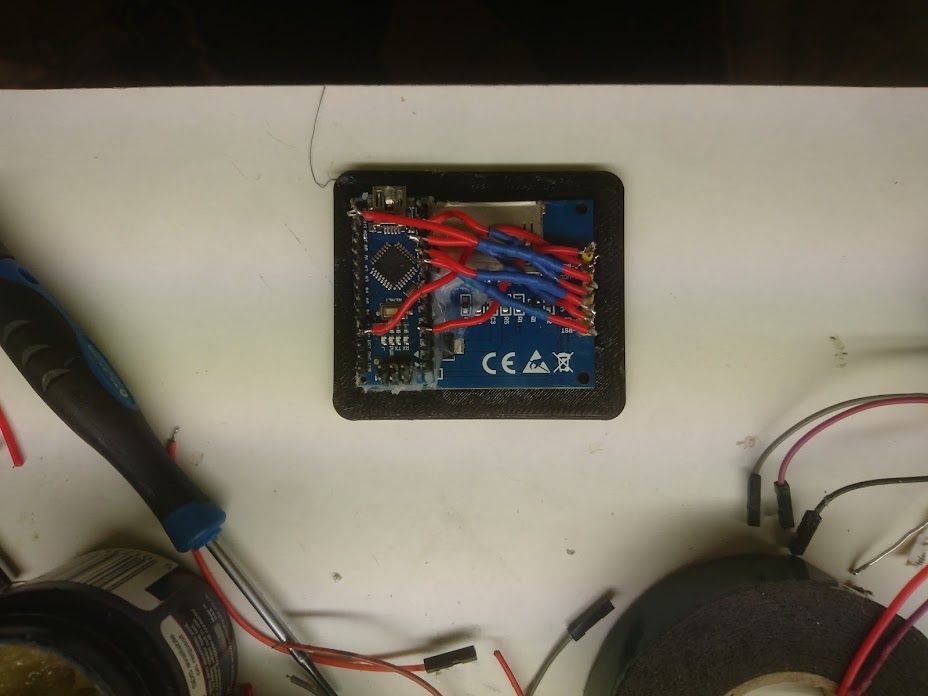 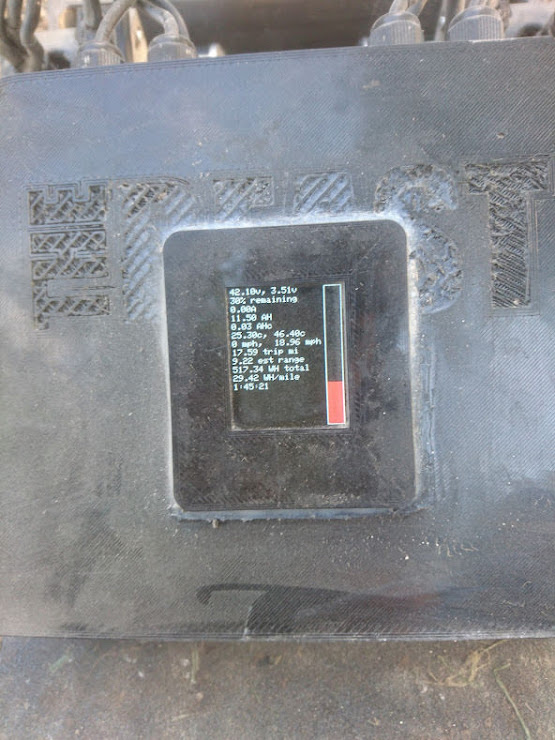 The code for connecting to the vesc uart was also easy enough using the lastest firmware. It wouldnt work on version 3.40 for me.

The discharge curves for the samung 30q are easy to find, but how to covert t this to code. Manually writing 100 if else statements for each percentage point would take forever. So instead, i broke to curve down into a series of 5 linear lines. 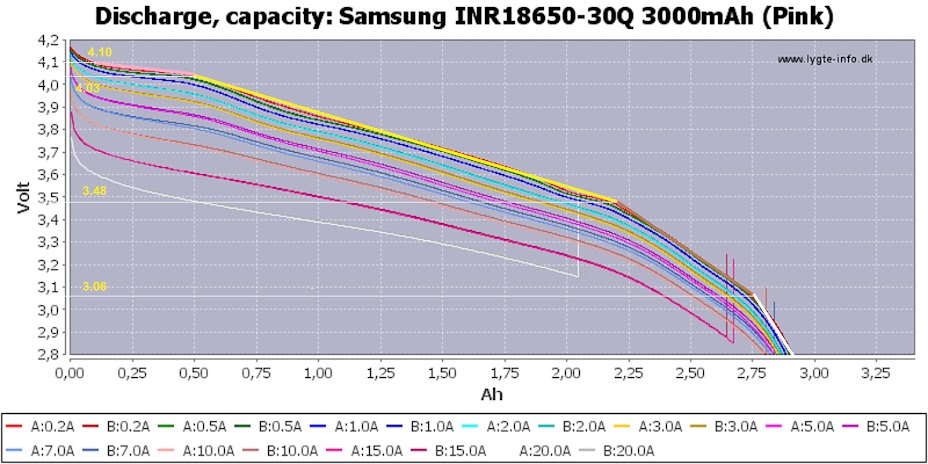 The discharge curve is different depending on the current flow through the cell. My favoured method for checking battery level on a ride is stopping mid journey for a few minutes and then checking the resting voltage, so i plotted the red line. My pack is a 7p configuration and my average draw is 15a or 2a per cell ( the turquoise line. The finishing point for this line is very close to the minimal load red line. So my method is pretty reliable.

Another option would be to plot all of the lines and have the meter switch between curves depending on the current readout from the vesc. This means your level readout would be accurate even when riding. Lets stick with method one for now, the math for the curves is the same.

Here is what i came up with. First draw some lines on your batteries discharge curves that best fit the curve. Figure out the start and end voltages of each curve, and the percentage of charge they represent. For my lines they are as follows.

Next the method to calculate the state of charge for each line on the discharge curve.

For example, for line 2.

The function to do this for all lines is as follows