My first proper ride out, the previous at draycote water was purely for testing. It was a nice sunny day and as i was already going to be in the area collecting something for a friend. So i decide to find somewhere in the area to take my board. 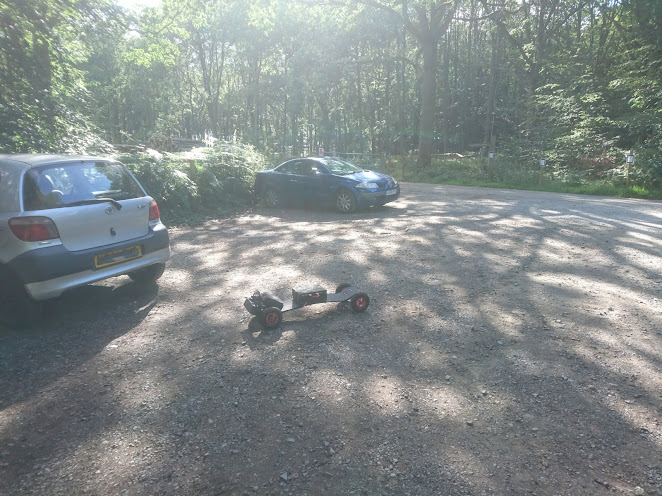 Being a tight sod, i scouted google maps for somewhere free to park. I found a place on the B4194.

I surveyed the trails to see how bumpy it was going to be, being a novice im unsure on what terrain it can handle.

The first thing you notice about the wyre forest is it lack of cellular reception, dont expect and any signal here. The second thing you notice is the gradient, it felt like i was descending forever. By the time i had reached the bottom of the valley i hadn’t actually used any battery capacity at all! The whole time I was riding down I was praying id be able to ride back up on my new untested battery. I didn’t fancy dragging this bleeding thing back up the hill, it weights a tonne. However, id planned for sods law; and had a bought a rope with me to make getting it back up the hill a little easier.

Once you reach the bottom its back up again the other side, using plenty of throttle to keep up the momentum. By now i was gaining confidence and travelling faster, which helped smooth out the bumps. 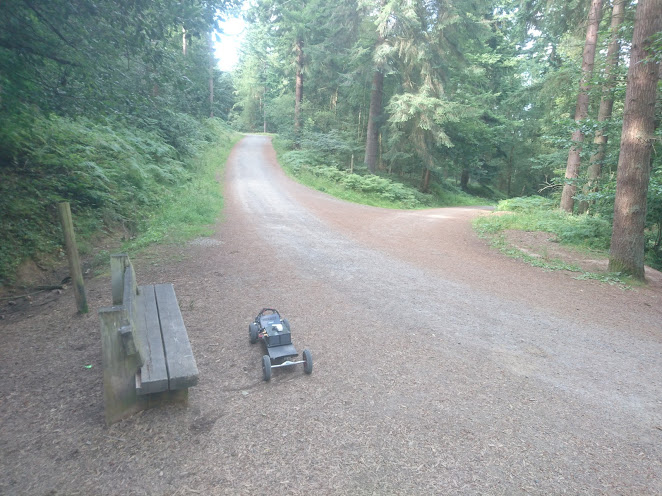 Being extremely asocial this place is ideal. However, i thought id head south even though i knew there were likely to be some humans around. I need not have worried, there were only about 10. I rode through them and didn’t stop until i was in the far corner of the car park. 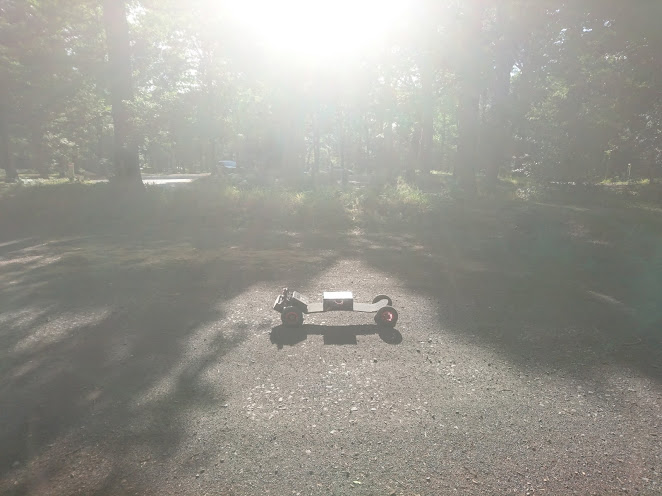 Hard to find the circular root i plotted on the map at this point, but my new battery is so huge i wasnt worried about getting lost, so back down into the valley. This is where i first went off the gravel track and on to the rough stuff. It zigzags left to right down hill, great fun!

I finally hit the railway line which crossed the centre of the forest east to west. I knew if i headed west it would intercept the point at the bottom of the valley i crossed earlier. 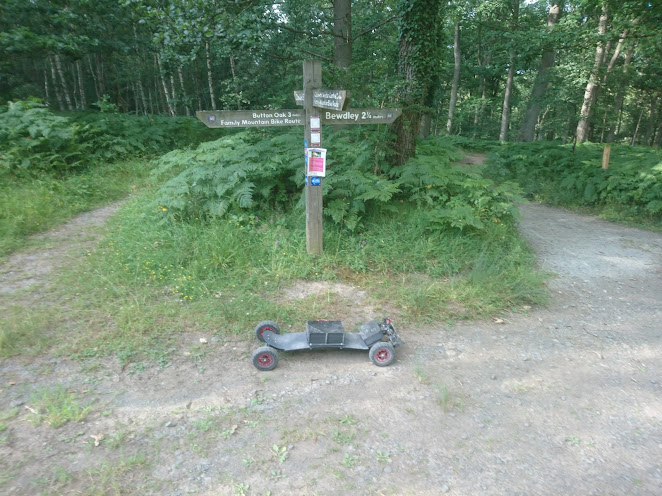 Now its time to see how good this battery really is. A solid 2 mile up hill trek all the way back to the car. It handled it with easy, it could easily accelerate hard whilst travelling up hill.

All in all i really enjoyed this first ride out. I recommend you have a decent amount of torque, as there aren’t many flat sections here. Larger wheeled boards are a must too, dont even attempt it on a boosted!.

I think the next outing will we the weston-super-mare to brean down cycle path!